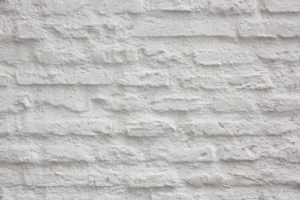 It wasn’t until the second night that I felt secure enough in the pod to fall into a proper deep sleep without trying to keep one eye open. I was still quite new at sleeping rough, had not made any friends among the community of outcasts, and was struggling to fill my most important need – finding a safe place to spend the long, dark nights.

My discovery of the pod was totally unexpected, and I still don’t know quite how to explain it. I was sprinting away from an inquisitive police officer, weaving left and right along several unfamiliar backstreets and alleys, when I paused to catch my breath with my back to a rough stone wall  around what appeared to be a junk yard. Despite my best efforts, my homelessness was obvious as my clothing had become tatty and my face was slightly grubby after only a couple of weeks on the streets. Suddenly a gang of boys sauntered by, staring with obvious menace into my terrified eyes as they stopped and shuffled closer to me, snickering as they closed in. I pulled back as far as I could, pressing in harder against the rough wall. I caught the glint of metal in the hands of at least one, and then one of the bigger boys jabbed a fist at my face, and I heard a “bonk” as I evaded him and cracked the back of my head against the wall.

Desperately I tried to take a step back. As my heel bumped painfully against the base of the wall, there was a sudden “whoosh!” and I fell backwards, right into the wall. The sound was repeated as some sort of screen instantly sliced up in front of me. With short, shallow breaths and all other muscles frozen, I stared out at the gang of boys, who clearly could not see me at all. Their muffled voices were full of surprise and alarm as they tried to work out where I had gone, staring this way and that and patting the wall to reassure themselves that it was solid.

Thoroughly spooked, the boys fled, as my legs buckled under me and I collapsed onto a surface softer than the best mattress I had ever experienced. My hands explored as far as I could reach, finding nothing but softness. Weirdly unafraid, and not at all concerned about how I would ever escape my hidey hole, and I promptly fell into a glorious slumber. Every hour or so I drifted into consciousness, wondered vaguely where I was and startled by the sounds of people passing by next to the wall, and then floating back into the world of dreams. Nevertheless, it was the best sleep I had had for a very long time.

Morning light roused me and I sat bolt upright in my warm, safe nest. Before I had a chance to wonder about how to open the screen, I was startled by the “Whoosh!” as it  slid down and the wall opened in front of me. As I stepped out onto the footpath it whooshed back up, and disappeared completely.

Feeling a little panicky, I started feeling all over the wall, wondering if I could ever get back into my sleeping pod. But there was nothing there, and passers-by were looking at me oddly. So I decided to attend to my next pressing need – food.